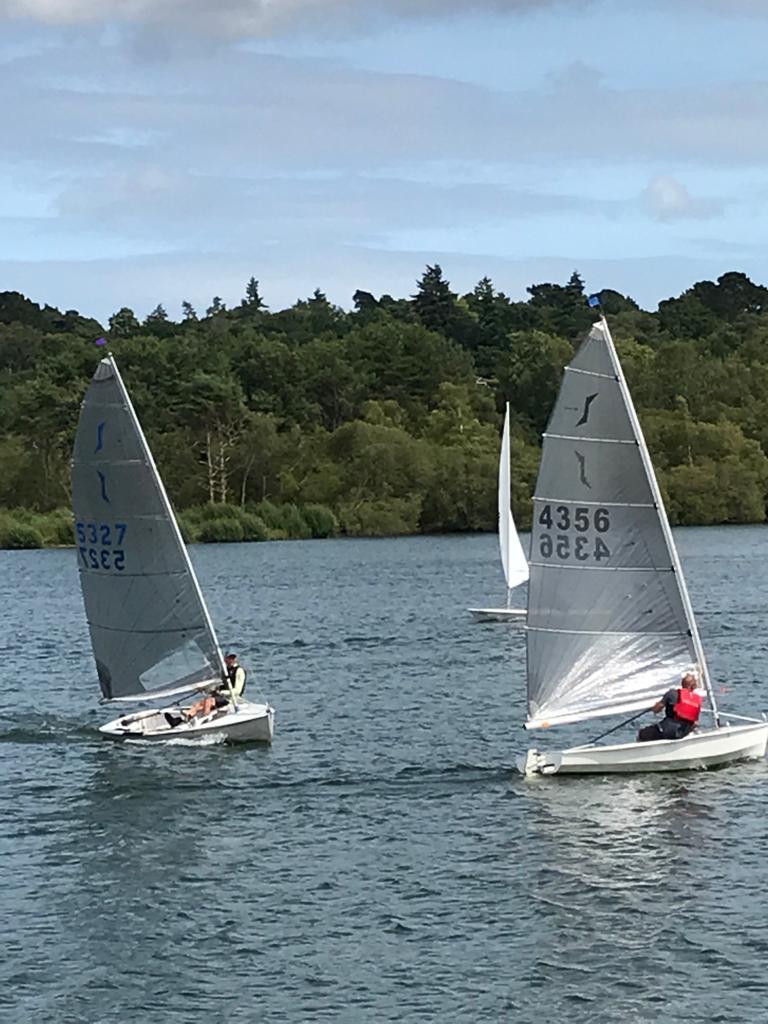 The national Solo, usually known just as a Solo, is a one design single handed dinghy with a PY of 1143 and is one of the most popular boats at Spinnaker. It was designed by Jack Holt and introduced in 1956, but has gradually evolved and is still being built in substantial numbers. It was origanally designed for home building in marine plywod, but most are now built in FRP (Foam reinforced plastic.). It is 3.78 metres long (12' 5") and has a fully battened sail of 8.39 square metres which makes it well suited to the shifty winds of Blashford Lake. Solo sailors at Spinnaker Club have lots of opportunity for fleet racing of all standards, as well as an annual Open and various trophies to compete for. Come along and see! And there is a great club boat available to all to use (as there is for most adopted classes)