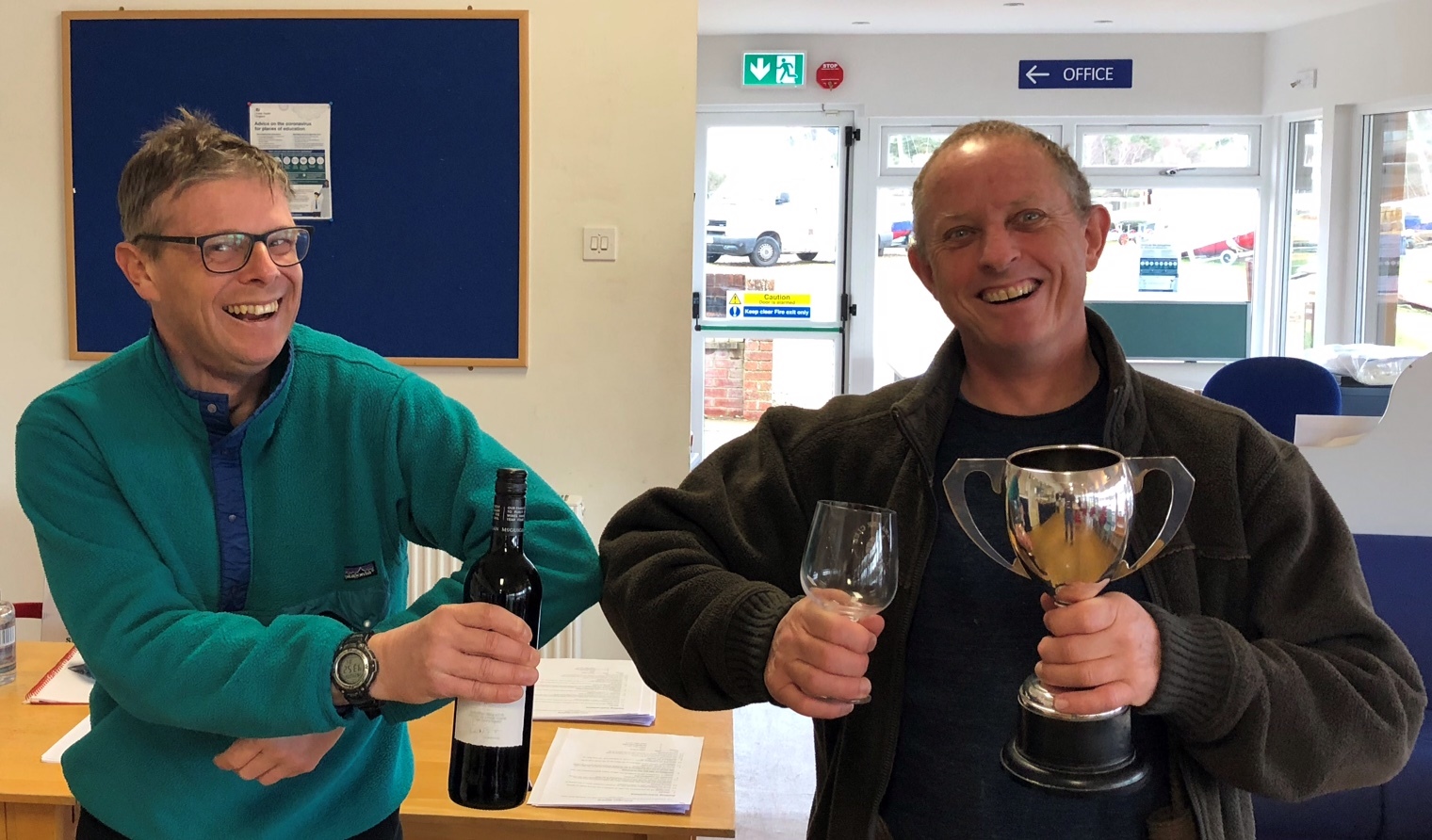 The day dawned with an exceptional weather forecast: force 5 gusting 7, dying to force 1 later in the day. Race officer Peter May proposed a course with a full gamut of points of sailing was set, with the gybe mark mercifully in a more sheltered corner as far from the spectators on shore as possible.
Several people decided to sit out the first race, looking to see how the remainder got on and hoping to take advantage of the lighter conditions later.
Race one saw Roger Bennett, fresh from the winter championships, take the win. The leaders looked very, very good indeed, extending their margin over the back of the fleet who were hoping merely to complete the course in one piece. Tom Campbell was second, while Sue Taylor's third ably proved that you don't have to be big and heavy to sail a Solo competitively.
Race two was in similar conditions, F5 gusting 7. Again, Bennett triumphed, with Lymington talent of Andy Hyland, Campbell and Ed Rogers taking the following places.
The third race had the wind still holding strong, although somewhat lighter patches were beginning to appear. After half an hour it eased and shifted rapidly to the north, upsetting the pecking order: Bennett again triumphed from Campbell, but Brenda Hoult in her beautiful classic boat snatched third.
The last race had to make the best of a rapidly dying wind. Bennett rapidly extended a large lead on the rest, pursued by Hyland. For the rest, shifts and holes presented triumph and disaster in equal measure.
Final positions for the day saw a perfect score by Bennett, with Tom Campbell second and Andy Hyland third. Thank you to all who braved the Coronavirus, both competitors and organisation crew - even if the prizegiving handshakes were somewhat unusual!