Our Solo Open was attended by 12 boats, with Spinnaker welcoming travellers from Littleton, Highcliffe and Lymington, including old friends. The day was cold and overcast with a light force 2-3 Easterly breeze forecast in practice the breeze was a little more Northerly at the start of the day, which probably accounted for the temperature, despite midsummer being imminent.

Our friends from the Spinnaker Laser class, excellently lead by Race Officer Peter May, laid a true first beat from the committee boat and got our first race of four going on time. Mike Dray, Ed Rogers and Tim Wade all had good starts, whilst at least some of the rest (well the author anyway) fell into a bit of a wind hole in the last minute of the start sequence and struggled to get into position. Good starts make good finishes and Ed, Mike and Tim were 1st, 2nd & 3rd respectively; Spinnaker were leading the way! The second race, after a bit of course tweeking to get a true first beat, followed a similar pattern, but with a tactical decision of which side of the island to go; usually the best way was the one you didn't choose. Andy Hyland was now in the mix, with the finishing order being Mike, Andy and Ed.

Peter very sensibly called a break for lunch at this point, before then resetting the course for the shifting wind which had just about crept into the force three category. A better start for most ensued and some fairly tight racing followed, especially at the front; Andy, Ed and Mike came in 1st, 2nd and 3rd and a clear pattern was nicely developing. Allowing for the possibility of a discard, they were tied on points and the final race was going to determine the series winner. At this point the breeze dropped to a force 1-2 and Peter sensibly shortened each leg of the course to allow for a reasonable number of laps. By now we had got the hang of starting and an excellent start was had by almost all. Application of good light airs sailing skills and improving start confidence, now brought some new players into contention; however, they were not quite good enough to displace Mike from the race win, this time followed closely by Nick Robinson and Paul Gray in second and third.

The final finishing order for the day was Mike Dray from Littleton SC with an excellent first, and Spinnaker sailors Ed Rogers and Andy Hyland in second and third place. Tea and cake were duly consumed, and prizes accepted; a good days racing was enjoyed by all. 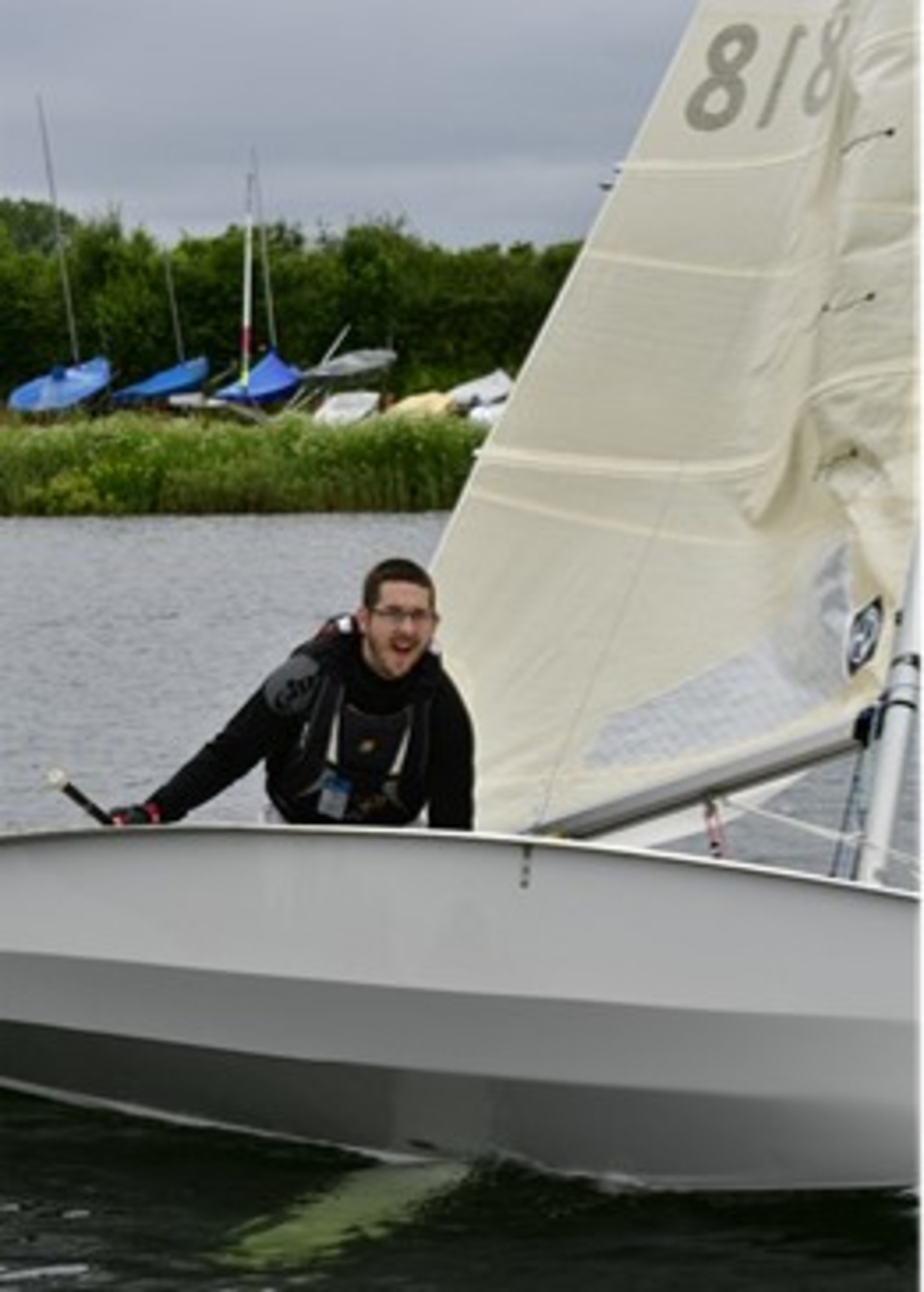