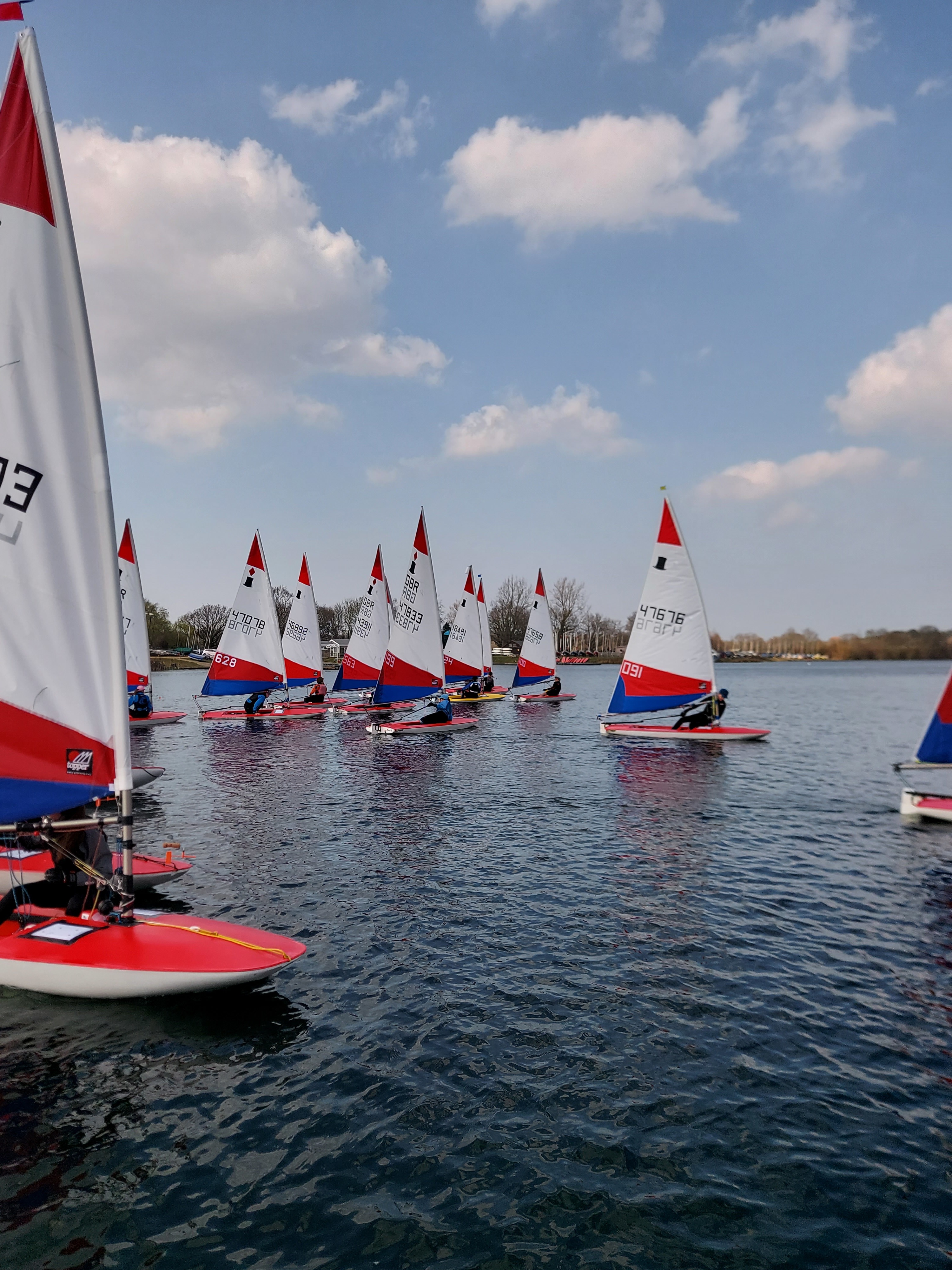 Sunday 27th March gave us near perfect conditions for the Topper Traveller at Spinnaker Sailing Club. As is traditional the club hosted the first leg of the Rooster Southern Area Summer Traveller Series, a great chance for sailors to get back out on the circuit after a winter of training! With warm sunshine, and a great breeze the day made us all think more of an event in June than late March.

27 sailors raced in total, representing clubs from as far a field as South Wales, with 16 sailors using 5.3 rigs, with a very healthy turnout of 11 sailors in 4.2s! As the host club Spinnaker was very proud to see 7 of our young sailors amongst the fleet, sailing against many of the friends they have made over the winter during the RYA Regional Training Group, ITCA Open Training Days and the JETS Programmes!

7 races were scheduled for the day with a target time of 22 minutes, giving everyone lots of opportunities to use their starting skills and take advantage of Spinnaker's famous wind bends and shifts. With a wind veering between North East and South West (and back again) at various times the race team were kept on their toes to keep the course orientated to give the best possible racing opportunities. The first start went away on time at 10.30 and all four planned races for the morning were completed by 12.45, a great achievement considering the whole course had to be relaid between races 3 and 4 following a sustained shift! As the sailors headed ashore for lunch the results there was the opportunity to reflect on the morning's racing, and think of what strategy and tactics would get them ahead in the afternoon!

The afternoon's wind was slightly lighter than the morning's, with a greater emphasis required on picking the right side of the beat to work, and making best use of the gain features around the lake. Thanks to the sailors great attitude (and good timekeeping throughout the day) the final 3 races were completed in good time before the wind started to drop away as forecast. While the results were calculated ashore the sailors enjoyed a picnic tea before the all important results were announced and prizes awarded!

A big thankyou to everyone who made the day happen, and good luck to all the sailors at the next Traveller event in Bosham!

Full results for the day can be seen here!