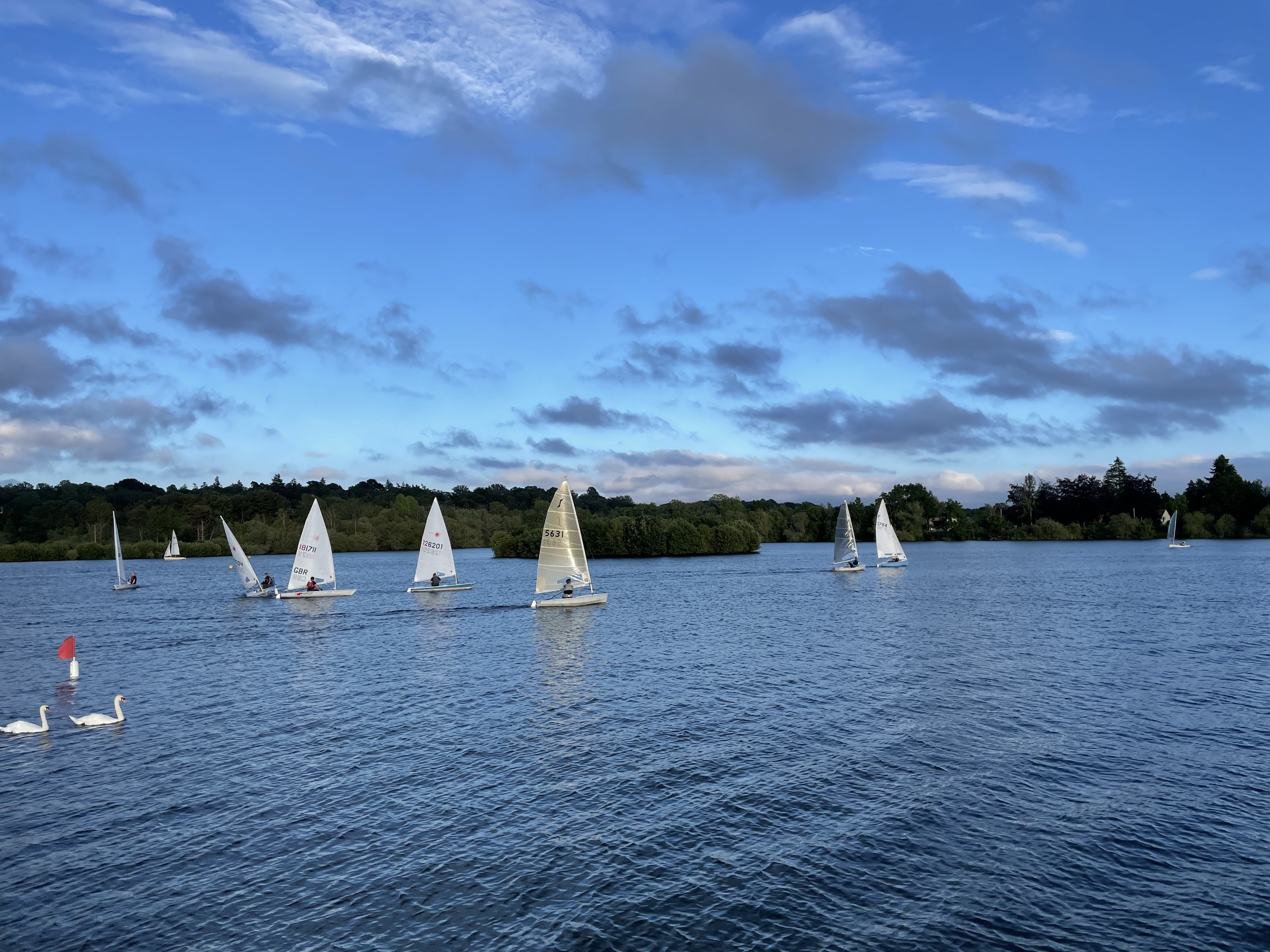 In 'summer' conditions on Wednesday August 19th, the 10 evening Portsmouth Yardstick (PY) series and the ever-popular Pursuit series completed with the Burns family as race officials.

In the PY race 50 crews in a great variety of single and double handed boats competed at various times. Keith McQuillin, Laser, sailed a blinder and had the luxury of discarding a first place. A strong chasing pack of Duncan Glenn (Byte), Paul Gray (Solo) and Ian Hickman (Laser) get the other honours.

In the faster class Pursuit series 46 entries competed. The series showed just how the format allows for all abilities and classes to thrive. There were 9 winners from the 10 races. Winning boat types were Solos, Lasers, Comets and Fireflies!. Robert Marshall saved his race win to the last and takes the series sailing a Solo, and a Laser Radial too.

Paul Gray takes a second in the Solo and Ian Hickman a third in the Laser.

All the detail, see under 'Sailwave Results'. Thanks to the race office and safety boat crews who make this a safe, fun series.

On Wednesday 25th August there is the Commodores Cup to compete for and the Alice Lisle Trophy on a single evening series format. 22 degrees is forecast so let's hope it holds.