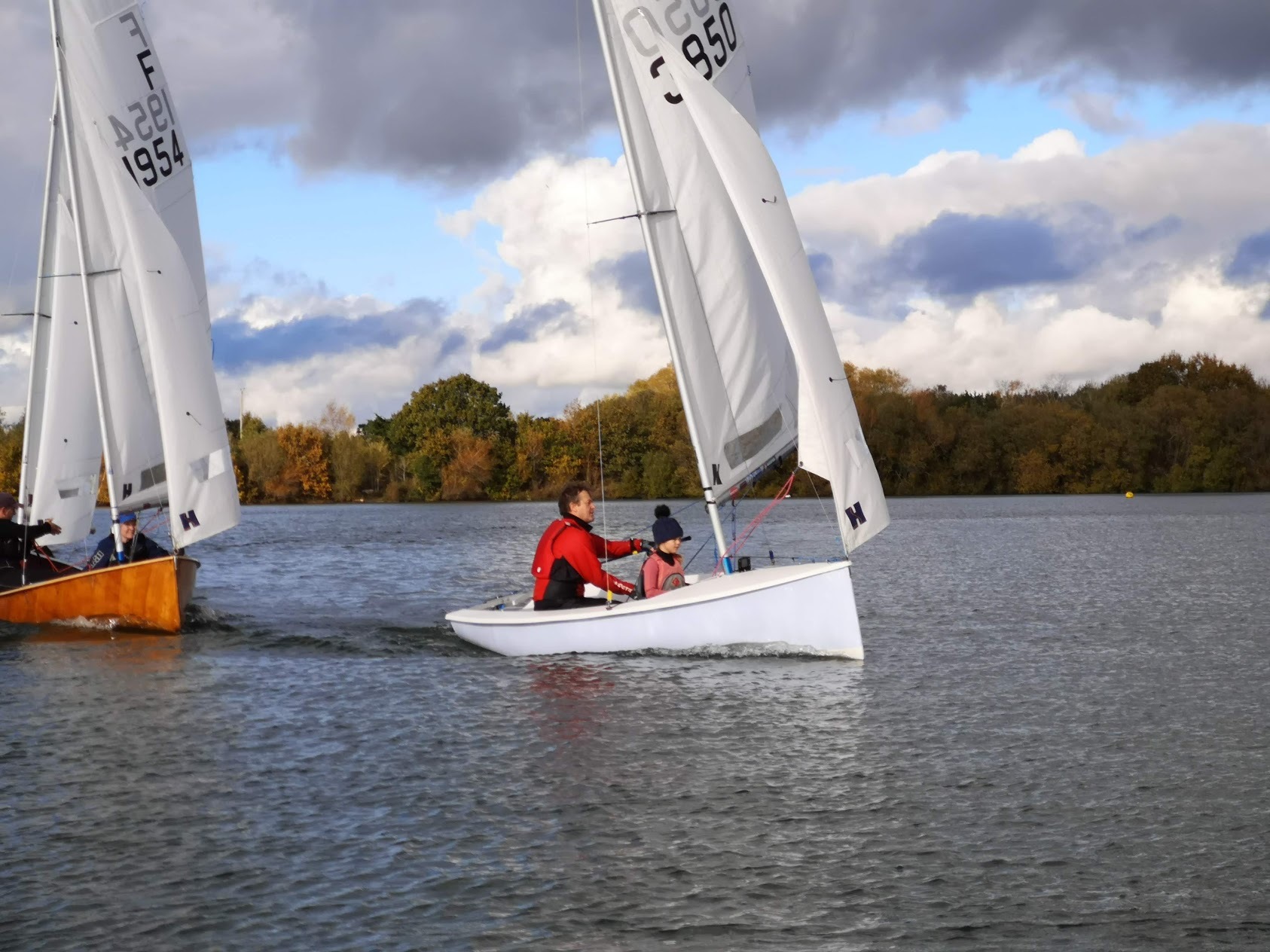 The second day of the Spinnaker Firefly Weekend for the Firefly Open Meeting dawned as a total contrast to the first. Whilst the Twisted Tube Random pairs had been cancelled due to winds of Force 6 gusting 9, sailors arrived on Sunday to no wind but welcome sun.

Fortunately by 11.00 am the breeze had come in and Peter May, PRO, set the fleet a series of short sharp Olympic course races. The shifty northerly breeze made the beats tricky and put a premium on boat handling. Race 1 saw the fleet pushing the line with three boats over. Rob and Mel Sherrington and Ben Pym and Maria Stanley came back but Jono Pank and Lucy Smith did not realise they were OCS and retired after lap 1. Stuart and daughter Elizabeth Hudson led round the windward mark from Chris Guy and Henry Keegan, but Tom Clay sailing singlehanded had a brief moment of glory when he sailed into the lead on the first beat. The Hudsons overtook him on the final run to win the race with Guy/Keegan third.

In Race 2, four boats arrived at Mark 1 simultaneously the result of which was the Sherringtons coming out in the lead and the Hudsons doing a spin. The Sherringtons went on to win from Pank/Smith and Nigel and daughter Camilla Wakefield, with the Hudsons fourth.

Races 3 and 4 saw the Hudsons winning from the Sherringtons with the remaining places closely contested. In Race 3 Ben Pym and Maria Stanley come third with the Wakefields fourth and in Race 4 Pank/Smith came third with Clay fourth.

Race 5 saw a new winner with Pank/Smith sailing away to win from Nigel Wakefield, now sailing with daughter Pippa, in second and Ed Morris and Ellie Assinder in third. The Hudsons were fourth in that race but Elizabeth, at age 8, agreed to do the sixth and last race which they won from Pym/Stanley and then the Wakefields. This meant that the Hudsons had won the Open from the Sherringtons and Pank/Smith. Congratulations must also go to Henry Keegan who left his Oppie to crew for Chris Guy in his first Firefly races and took the opportunity to take the helm in two of the races.